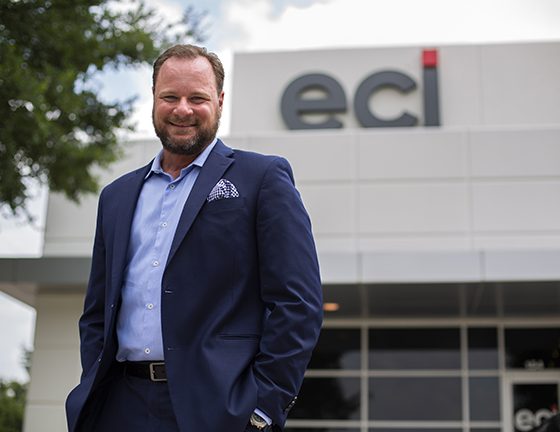 We caught up with ECI’s Brian Bowerfind after the company’s acquisition of fast-growing e-commerce and content specialist ES Tech.

The ES Tech acquisition closed at the start of October, bringing – among other things – its EvolutionX e-commerce solution and the FusionPlus data repository platform under the ECI umbrella. At first glance, it may seem a deal firmly anchored in the office products channel, but ECI is looking at it from a much wider perspective.

As ES Tech’s Dave Bent noted in a recent interview, the company has developed a strong customer base in North America outside of the ‘traditional’ OP space, and this is something that ECI is looking to capitalize on.

“We were primarily looking to significantly increase our addressable market,” said Brian Bowerfind, President of ECI’s Distribution division, when asked about the rationale for the acquisition.

“Until now, our Distribution division has primarily served the business products market, including jan/san, breakroom and contract furniture. Now, overnight, we have the capability to serve other industries such as industrial, welding, medical supplies, etc. ES Tech has done a very good job of expanding into these verticals.”

Not only does that give ECI’s Distribution unit a foothold in these industries with an e-commerce solution, but it means it can also serve them on the back end with ERP, something that ES Tech had been unable to do as a standalone.

“Talking with the ES Tech leadership, one area where they would lose business was related to ERP integration or just not having a back-end ERP. Now, we are able to help them in that area and they’re able to help us on the e-commerce side in these industries – so, it was a kind of perfect marriage.”

Another key reason for ECI snapping up ES Tech was to take its e-commerce expertise into other areas of its business, beyond Distribution.

“E-commerce is really important as a channel in all industries, and [the ES Tech] platform could benefit many divisions with ECI,” stated Bowerfind. “Part of the diligence was that it will be able to serve the entire company, not just Distribution – and that was another fundamental reason.”

Outside of the main UK and US markets, there could be some benefit to ECI’s Manufacturing division in Europe, for example, and also in the Australian market, where, in addition to ECI’s existing presence, ES Tech has been making inroads recently.

Beyond e-commerce, the ES Tech transaction now gives ECI what Bowerfind called a “greater voice” in the content syndication space via the FusionPlus product.

“They have done a very good job with that in Europe,” he stated. “We will continue to invest and now we have a voice in that in the US.”

Quite how that pans out in ECI’s home market remains to be seen. In the UK, FusionPlus has developed into the ‘go-to’ product content repository for the business products channel. In the US, there is a different model, with the wholesalers playing a much larger role.

However, Bowerfind believes there is “an opportunity” to utilize the FusionPlus platform in a different way from the current set-up.

“I’m in discussions with the wholesalers and the buying groups just to see how this new platform could fit in,” he confirmed.

One possible criticism that could be levelled at ECI is that, in the past, acquisitions lost their identities once they were part of a larger organization. Regarding ES Tech, Bowerfind said there is “no intention to change the current business model it has put in place outside a few overlapping functions”.

He added: “They’re very successful and they’re a good growth company – we don’t want to pour water on the fire. This wasn’t an acquisition to cut costs, reduce headcount or to drive synergies – it was truly about investment in growth.”